There may be plenty of negative stereotypes about programmers that aren’t true, but one that stereotype that is pretty accurate is that they’re paid well. That may not be true of the entire industry, but on average, programmers tend to be relatively affluent and also have a variety of nonmonetary benefits at their jobs. So, why are programmers paid so much? Is it because they work long hours? 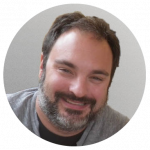 To answer these questions, we sat down with Erik Dietrich. Erik has worked as a developer, architect, manager, CIO, and, eventually, independent management and strategy consultant. This breadth of experience allows him to speak to all industry personas.

Let’s hear what he has to say.

Why are programmers paid so much?

Make Me a Programmer asked: There are variances in pay depending on what level of programming you’re at or what kind of company you work for. Does the pay vary based on your level of education? Or is it more based on experience?

Erik: I’d say the answer to that depends on where you are in your programming career. And here’s what I mean.

If we’re talking about right at the beginning, a programmer who has gone and earned a four-year computer science degree, or even maybe layered a computer science master’s on top of it, entering the workforce will almost certainly make more money than somebody who doesn’t have a college degree and is working their way in gradually. Because that latter person might have some other office job that’s much lower compensation. 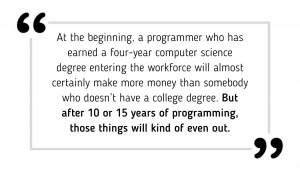 So, say they’re making $35,000 a year or something teaching themselves to program. If they demonstrate a bit of acumen for programming, that engineering manager isn’t going to say, “Cool, I’m going to double your salary.” They’ll probably keep the salary similar. And then only once they officially title them with a software engineer role, will they actually get a significant bump in pay.

So, I think just based on how they’re coming in, you’re gonna see some difference.

Now, if you take those same two people—say, the software engineer with the four-year degree who started at $60,000 and the person that transitioned into the industry maybe starting around $40,000—after 10 or 15 years of programming, those things will probably kind of even out.

And it’ll depend on their experience, on how well they performed in their roles. And, to be completely honest, how much they job hop, because usually job hopping results in more pay increases than staying in the same place. So, if that person who started at $40,000 does a bunch of job hopping and the person starting at $60,000 stays at one company, the job hopper will probably in 10 years actually make more money.

Is being a programmer a demanding job?


Make Me a Programmer asked: Let’s talk a little about the lifestyle of a programmer. How can one expect becoming a programmer to affect their personal life? Is it a demanding job?

Erik: Oh, that’s interesting. I don’t have any data to support this. This is just based on my take as a longtime veteran of the industry and having been in a lot of places consulting, encountering a lot of programmers. I would say that it’s probably not different on average than the rest of the population.

So, it is true, if you went to Silicon Valley as a programmer in your 20s, you would probably find yourself working in situations that were “work hard, play hard,” where you’re putting in 80 hours a week, and then maybe partying or something on the weekends.

And there are plenty of places where you can find programming jobs that are very workaholic, would not leave you a lot of personal time, and can be very high pressure. Some Wall Street–type firms are like that, too, high-frequency trading firms. Where large bonuses are at stake, they’re kind of cutthroat. So all of that exists.

But on the flip side, being a programmer is a job with pretty much zero functional employment. There’s always more demand for programmers than supply. So, if you’re a programmer, it’s like playing a game of musical chairs, but where there’s way more chairs than there are people.

In a sense, there’s not a lot of pressure on a programmer if they’re not in a Silicon Valley or high-pressure job. Meaning there are a lot of programmers out there whose companies need them a lot more than the other way around. And I’m not saying that this necessarily makes them behave in a lazy fashion or take advantage of the situation. But it’s pretty easy as a programmer to find a job that has great work-life balance, is pretty low key.

The roles I’ve had have actually kind of run the gamut. But thinking back in my career, I can think of a couple of places where there were core flex hours. Like there was a programming job I had where I’d come in at 10 in the morning, stay until 6; although some people would come in at 10 and leave at 4, and theoretically, work a couple hours at home. It can be pretty low key. And I think there, you see a lot of people with a pretty rich non-work life. So I think in the end, probably programmers at those two ends of the spectrum even out, and it’s similar to the normal population. 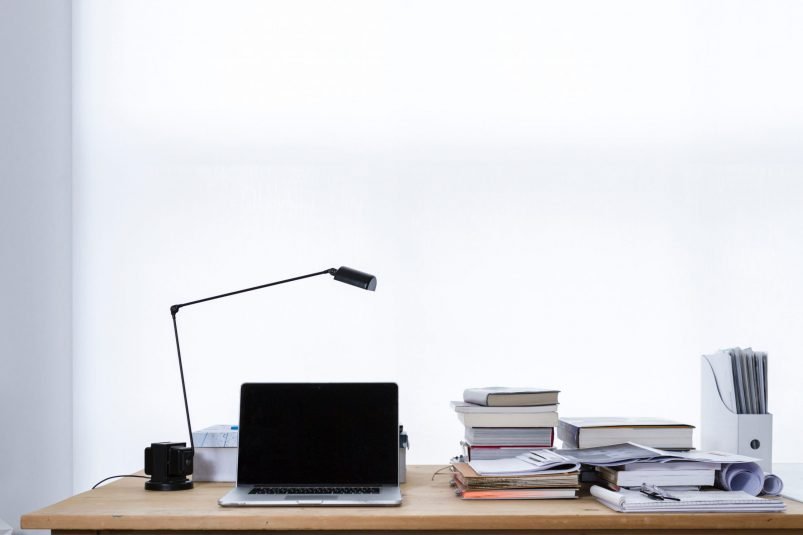 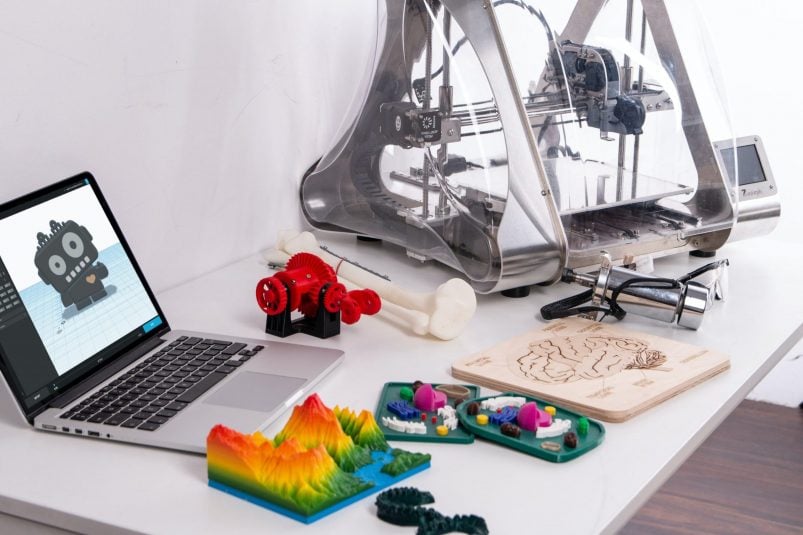 What Is a Programming Framework?